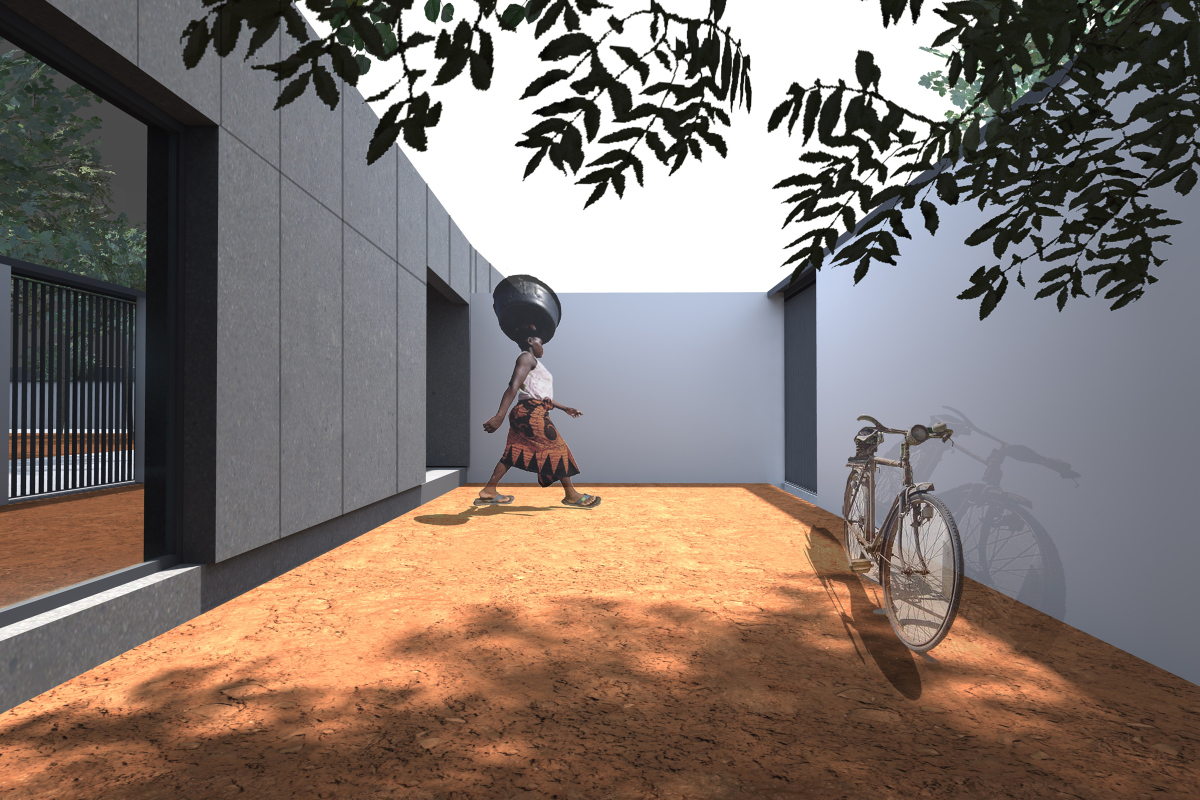 House in Luanda, Patio and Pavilion

Luanda, a city which is subjected to enormous demographic pressure finds itself in the process of intense transformation. The rapid and disorganized growth of the perimeter of the city of Luanda, gave rise to a model of urban culture in the neighbourhood; the slum. Thus , the new neighborhood is designed according to some assumptions; cultural , economic and social conditions of the place. The housing modules are deployed on a flat area and aggregated with each other. This repetition generates private, semi- private and public spaces, creating complexity and surprise. Each module is housed in a lot of 25mx10m , allowing for the design of urban space( streets, squares , parks ).

The house is built from an evolutionary process, self-construction , is inexpensive and capable of responding quickly to transformation of the social fabric of Luanda. This prototype is designed to benefit families in great need which consist of 7-9 people, including parents, children and grandparents.

The lot boundary is defined by a continuous wall. This provides the first indication of the construction of the house. The house consists of two patios. The first, smaller than the second establishes a direct relationship with the street and is found prior to entry into the house. The second patio ensures privacy to the rooms and its distribution is achieved through a covered gallery. A tank and a cistern allow the storage of water and the existence of a vegetable garden for domestic use.

The cover, with several funnels, enables the collection of rainwater in periods of increased scarcity and spatially outlines each room in the house: living room, kitchen, 4 or 5 bedrooms , two toilets and a covered outdoor space. Residents will be able to enjoy their home spontaneously and freely entertain themselves on the patios.

Inside of entrance patio.

“These are the houses. And if we are to die ourselves,
we are a bit amazed, and a lot, with such architects,
that did not see the unending torrents
of roses, or the permanent waters,
or the sign of eternity spread across the hearts,
rapids.
– What did these architects do of these houses, they who wandered
by the many senses of the months,
saying: here is a house, here another, here another,
so that an order is made, an endurance,
a beauty opposite to the divine force?