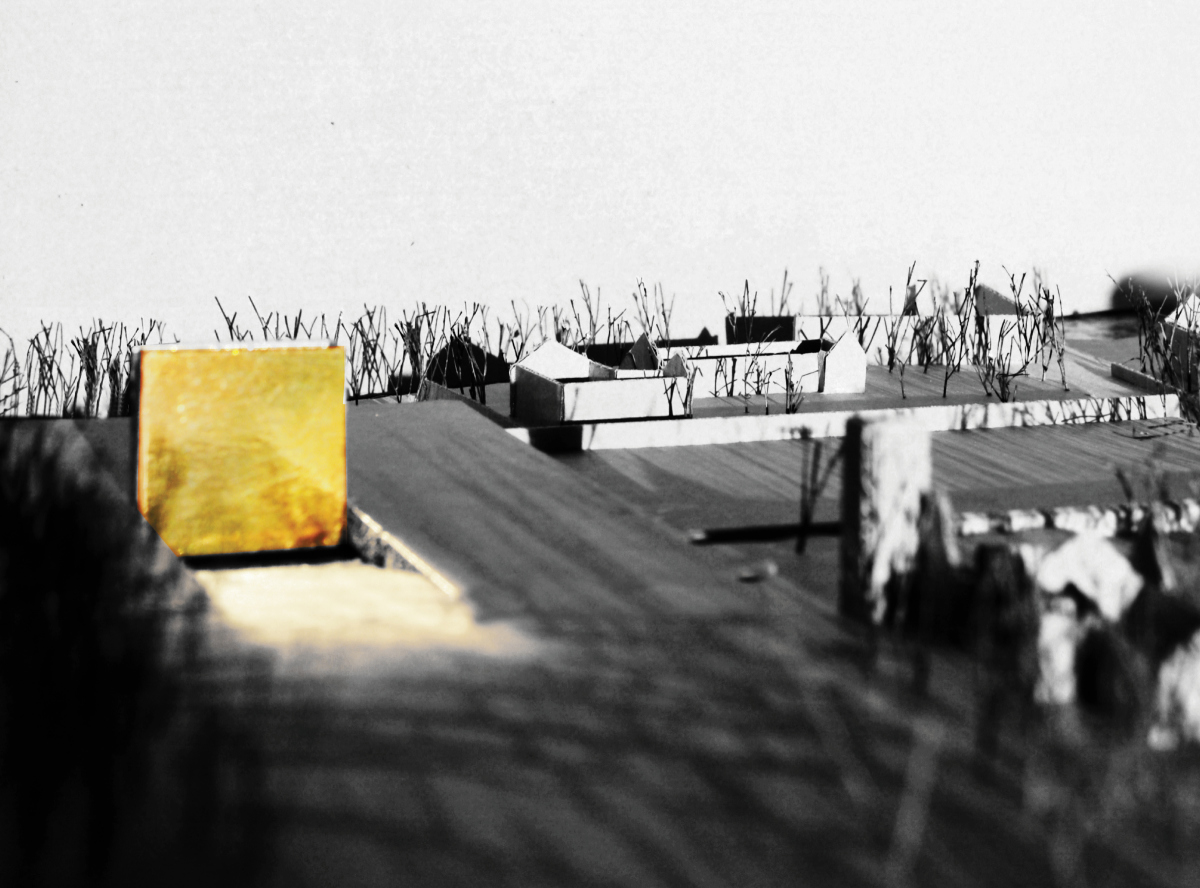 South Cadbury Hillfort is found between two small villages; North and South Cadbury. It is in this region that the origin of the legend of Camelot and King Arthur began. On the basis of this imagery, a program to reactivate the village is built. This will support visits to the top of the hill where noticeable traces of an ancient fortification can be found. The preliminary program proposes a library containing all of the literature of the Middle Ages regarding Camelot, a research centre and a visitor’s centre/museum. It is proposed that this centre be divided into three parts; past, present and future of South Cadbury. Strategically, the program is divided into two parts. The library and research center occupy a wasteland in the urban agglomeration of South Cadbury whereas the museum occupies a terraced area at the top of the hill.

A terrace sets the way to the entrance of the library and research centre. This promotes the existence of fairs, markets or other catalytic activities bringing new dynamics to the village.

Models of the entire proposal and axonometry of the library and research center.

The implementation of this idea results from a reading of existing records and the coverage is defined as an extension of the land.

From the inside, there is a ramp leading to the exterior, the emptiness of the room draws the eye to a golden plan covering which marks the beginning or end of the route. In the same way, it allows for a lantern which illuminates the reading room of the library.

At the top of the elevation, the museum extends the route started at the library, through a spiral ramp. Facts and stories about the village are shared and envisages a future for this space. In this way, the hill is the last stage of the museum.

Top of the hill and museum.

Photomontages of the courtyard, research center and museum.

This project was awarded with first prize in competition Archmedium CRVC 2013. The result of the jury can be found on PDF, as well as the review of the architect Carl Turner: