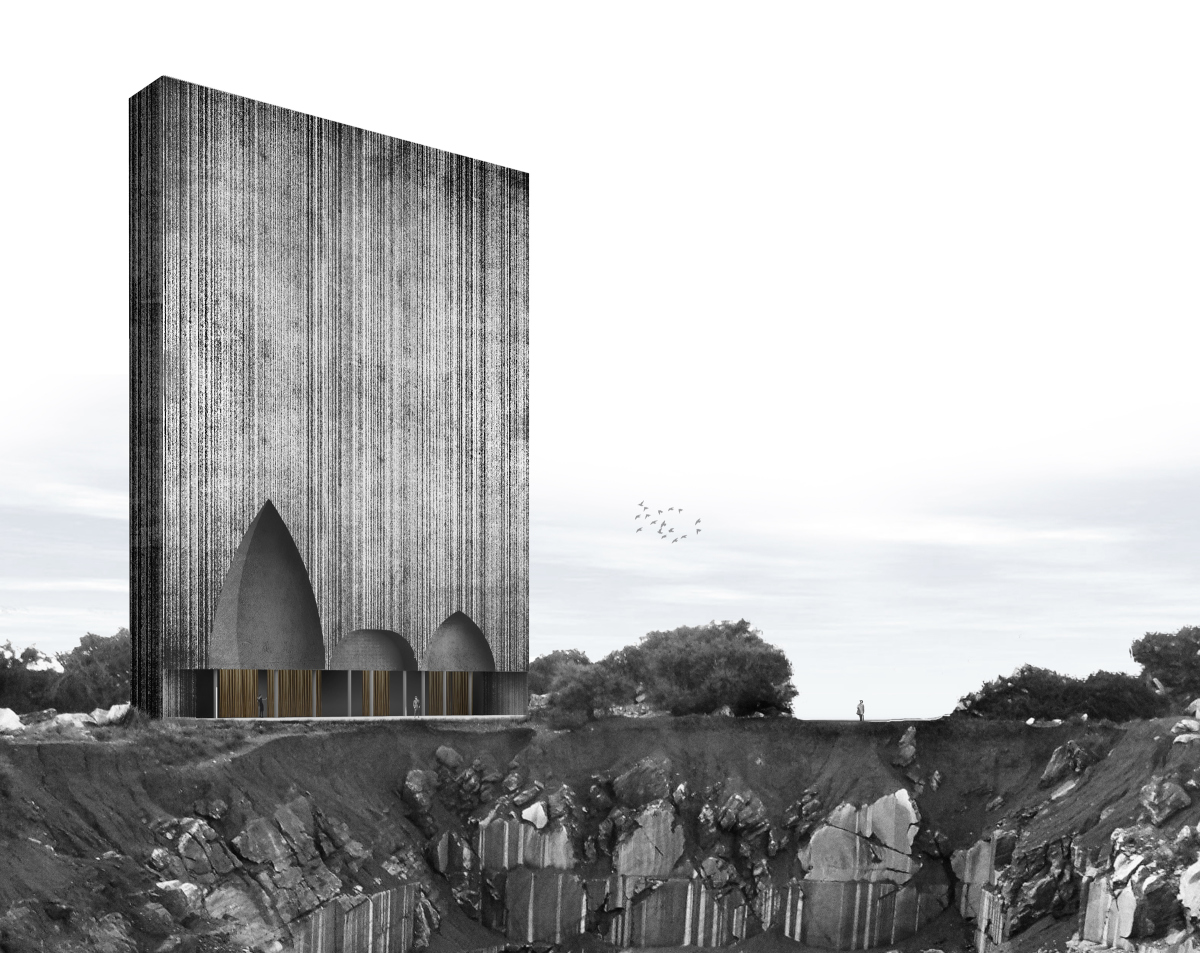 Maria Callas, figure of opera and classical music in the 20th century, won audiences with her unmistakable and breathtaking voice. Known as La Divina, Callas was a perfectionist with a dramatic and scenic voice. In the 1960s her voice declined and she decided to move away from the stage for a few years. Physically and psychologically fragile, Callas took refuge in Paris in her own world of loneliness.

It is proposed that in the 21st century, in an abandoned quarry in Vila Viçosa, a new haven for the lyric corner of Maria Callas was created. The characteristics of both, complement each other and the house is revealed as an acute gesture in the creation of a new scenario. Aerial view of the quarry in Vila Viçosa, Portugal.

It is found to be a sumptuous and unique space where silence takes over; It is the result of an accelerated process of transformation. An abandoned quarry, a place of dialogue between nature , man and machine, between the textured cutting of a block of stone and pure substance; a place with unique scenographic and acoustic characteristics. Plan. Relationship between quarry and House for Callas.

Located at a point exterior to the large rock mass, the abandoned quarry is taken as a meeting point between the agricultural landscape and the mechanized extraction process in the quarries. The house, is assumed as a point of reference in this faint landscape which is only noticeable when approaching the territory.

Entrance and surrounding area of the house.

The quarry and the house.

A volume of concrete which intends to be slender, stands near the quarry. Entry into the house is designed gradually and the landscape is revealed in this transition. Inside, the central spaces turn to a landscape in transformation; they are concave and draw light and sound. A convex surface on the outside defines the place of the audience.

The refuge of Maria Callas is split between a house, a stage and an abandoned quarry. It is designed as a communicative space of despair. An opera begins long before the curtain goes up and ends long after it has come down. It starts in my imagination, it becomes my life, and it stays part of my life long after I’ve left the opera house.